So why is Sushi believed to be one of the most underrated protocols in DeFi? What are some of its new features such as BentoBox, Kashi and Miso all about? And what is Sushi’s approach to launching on different blockchains and scaling solutions? You’ll find answers to these questions in this article.

Let’s start with a bit of background.

Sushi launched in August 2020 during DeFi Summer – the first period of major growth of DeFi. The project quickly gained a lot of traction mostly due to the nature of its launch.

Sushi – back then known as SushiSwap – aimed at directly competing with Uniswap by forking it and encouraging liquidity providers to move their liquidity to a new platform in a process called a vampire attack.

The full story behind Sushi, although super interesting, is out of the scope of this article. Fortunately enough, I’ve already written an article about it some time ago and you can read it here if you’re interested.

Almost a year later and the rocky launch of Sushi seems like a distant past and the team behind the protocol has been working hard on delivering new, interesting features and building the Sushi ecosystem.

Besides the main function of Sushi – a decentralized exchange for swapping assets, the protocol offers a growing range of other products: a liquidity bootstrapping feature for other projects – Onsen; a lending platform – Kashi; a launchpad for new protocols – Miso. More on these later in the article.

The Sushi team has a very open approach when it comes to deploying the protocol to different chains and scaling solutions.

Instead of trying to predict which environment will be the most dominant one and will capture the most value, they deploy the protocol to all popular and upcoming environments and let the market decide.

Besides the Ethereum mainnet, Sushi has already been deployed to Polygon, xDai, BSC, Fantom and Moonbeam with an upcoming launch on Arbitrum – a layer 2 Ethereum scaling solution.

Another interesting move was the acquisition of the sushi.com domain that should give the project even more visibility.

Now, let’s dive a bit deeper into each of the Sushi features one by one.

Automated Market Maker or AMM is the main function of Sushi that allows users to swap their assets in a decentralized and permissionless way.

Sushi’s AMM is a fork of Uniswap V2, so these two work in exactly the same way. If you need a recap on AMMs and liquidity pools here’s a popular article that I wrote some time ago.

Currently, Sushi is the second-largest AMM on Ethereum with around 16% of the market share. Uniswap remains an undisputed leader capturing around 54% of the total AMM market.

Sushi’s daily trading volume, which is one of the most important metrics when it comes to AMMs, has been steadily growing from around $250M at the end of 2020 to over $500M in 2021 with some days hitting well over $1B.

Another metric – total value locked in the protocol – has also been growing from around $1B at the end of 2020 to as high as $5.5B and currently sitting at around $3.5B after the recent market downturn.

One major difference between Uniswap V2 and Sushi is that the latter has enabled the profit-sharing mechanism which benefits the SUSHI token holders. Instead of 0.3% of trading fees going to the liquidity providers like in the case of Uniswap, Sushi enabled the fee switch which lowers the trading fee for the LPs to 0.25% while distributing the remaining 0.05% to the SUSHI token holders.

And this leads us straight to the SushiBar.

In order to benefit from profit sharing, SUSHI holders have to stake their SUSHI tokens in the SushiBar smart contract and receive xSUSHI that can be later redeemed for their original SUSHI plus additional SUSHI tokens coming from the swap fees.

For every swap, on every chain, going through Sushi, 0.05% of the swap fees are distributed as SUSHI proportionally to the user’s share of the SushiBar.

The xSUSHI tokens are fully composable and maintain voting rights in the Sushi governance. xSUSHI tokens can also be added to the xSUSHI/ETH liquidity pool where users can benefit from stacked yield coming from xSUSHI itself plus the extra rewards coming from the pool.

The yield on SushiBar depends on the trading volume going through the Sushi AMM and has recently been at around 10% APR with days as high as 40% APR.

Because of this profit-sharing mechanism, the SUSHI token is essentially one of the most productive assets in the DeFi space. In contrast to many other tokens driven mostly by speculation, SUSHI tokens should better represent the actual value of the Sushi protocol.

Time for another Sushi feature also connected to the SUSHI token – Onsen.

Onsen is a liquidity incentive system that accelerates new projects by providing extra rewards in the form of SUSHI tokens.

Projects selected to be on Onsen are given a certain allocation of SUSHI tokens to incentivise liquidity provisioning for their own token. This means that the projects themselves don’t have to distribute their own token through liquidity mining and they can still benefit from incentivised liquidity. This is really useful for new projects that very often struggle to bootstrap liquidity, especially if they don’t want to initially distribute large amounts of their own tokens.

Onsen also benefits the overall Sushi ecosystem as the swap fees from the Onsen-enabled liquidity pools are distributed to the xSUSHI holders.

Projects featured on Onsen are chosen based on their quality and the demand for their products. Some projects are featured only for a certain amount of time, while others can remain on the Onsen menu indefinitely, assuming the quality of the project and demand for their token remain high.

On top of Onsen, Sushi offers permanent yield farming opportunities for popular and established tokens. These opportunities are also available on other layers, for example, Sushi has recently started a liquidity mining program on Polygon that offers high yields to liquidity providers.

Time for yet another Sushi feature – BentoBox.

BentoBox is a special smart contract that acts as a vault for certain tokens. This vault is basically a pool of funds that can be used by Bento-enabled applications in the Sushi ecosystem.

Users who deposit funds into one of the BentoBox vaults benefit from earning extra yield on their tokens. Vaults can generate yield in multiple ways, for example, by allowing other participants to take flash loans and pay a small fee that goes back to the users providing liquidity to the vaults or by lending out assets in the vaults.

At the moment, the first and only available Bento-enabled application is the lending platform – Kashi, but the team is working on bringing more applications to BentoBox in the future.

And this is a good segue into Kashi.

Kashi which means “lending” in Japanese is Sushi’s first lending and margin trading solution powered by BentoBox. Kashi allows anyone to create customised and gas-efficient markets for lending and borrowing.

In contrast to other popular DeFi money markets such as Aave or Compound, Kashi isolates each of the markets. This means that users can create markets for more risky assets without having an impact on other markets.

Having the ability to borrow an asset also opens up the possibility for shorting it. This is useful for speculators who believe that the asset will go down in value but also allows for hedging, which can be extremely handy, for instance, when yield farming risky assets.

As an example, let’s say a new token is launched.

The main caveat is that in order to create a money market for a new token there has to be a reliable price oracle available. Kashi allows the user to choose a price oracle at the time of creating a new market. At the moment, only price feeds available on Chainlink can be used, limiting the number of possible new markets that can be created. However, the Sushi team is working on adding their own TWAP price oracle that would expand the set of available price feeds.

Adding a new risky asset to one of the existing money markets would threaten the solvency of the whole protocol. This is because if such a coin was used as collateral and experienced a sharp drop in price this could make a lot of accounts undercollateralized and allow for a cascade of liquidations. On the other hand, if such a coin is borrowed and quickly multiplies in price this also creates a problem as borrowed assets are worth more than collateral, making the account undercollateralized again.

The last but not least feature of Sushi that we’re going to cover in this article is Miso.

Miso is a token launchpad platform. It facilitates launching new tokens on Sushi.

Miso focuses on providing a good experience for both the project creators launching new tokens and for people interested in finding and supporting these projects.

When it comes to project creators, Miso offers a set of smart contracts that makes the process of creating a new token easier. On top of that it allows the projects to attract a larger initial audience than they may have been capable to reach on their own.

When it comes to project supporters, they can benefit from having peace of mind that the token and infrastructure around the token was created using audited and battle-tested contracts. They can also easily discover new projects and participate in reliable token launches.

Miso is clearly yet another important element of the overall Sushi ecosystem.

With a steadily growing trading volume on its decentralized exchange, the profit-sharing mechanism for SUSHI holders, an increasing number of chains and scaling solutions to launch on and new features being added to the ecosystem, Sushi looks like one of the strongest DeFi projects.

This is why a lot of people in the DeFi community believe that Sushi is underrated, especially when compared to other decentralized exchanges. It’s hard to say exactly why this is the case, but it might come from the fact that Sushi started as a fork of Uniswap and had a bit of a rocky launch.

Nevertheless, Sushi is clearly one of the top DeFi protocols to keep an eye on and it will be interesting to watch new elements being added to BentoBox and the rest of the Sushi ecosystem, with the team pursuing new chains and scaling solutions.

One of them is the previously mentioned Arbitrum – an Ethereum Layer 2 optimistic rollup-based scaling solution that looks like the next place where Sushi is about to launch.

So what do you think about Sushi? 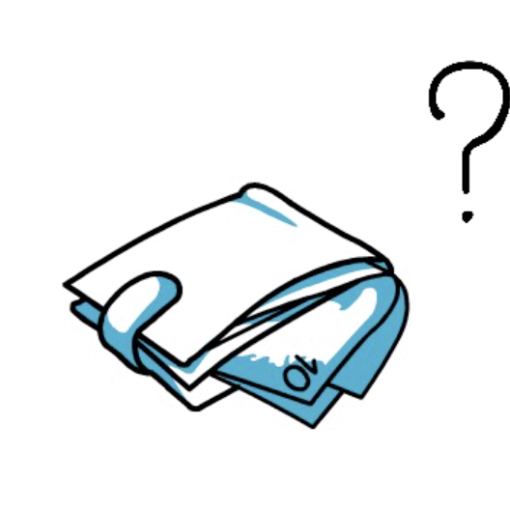 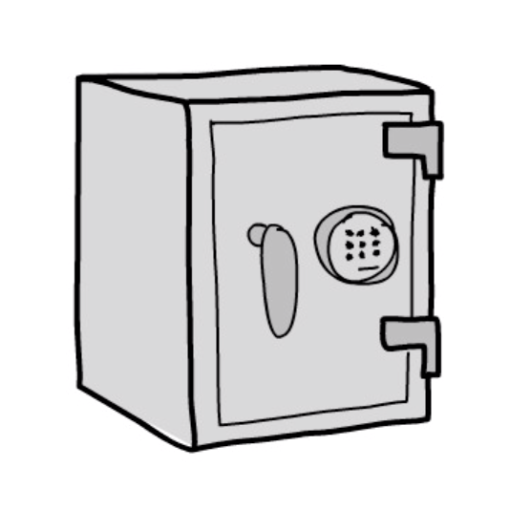 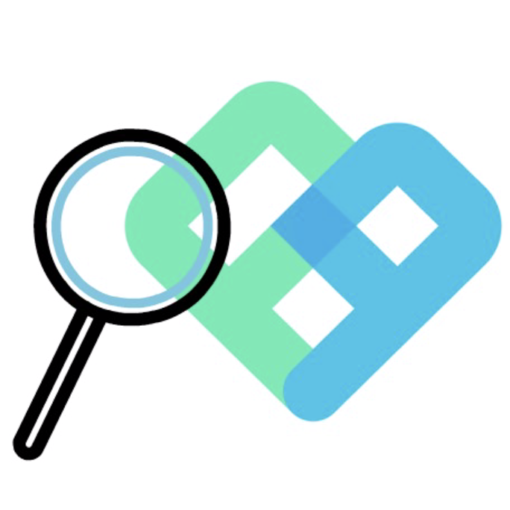 So what is Perpetual Protocol all about? What are some of the improvements that come with the recently launched version 2 of […]