So what is EIP-1559 a.k.a the fee burn proposal all about? Will it lower Ethereum’s gas fees? And how can it make ETH deflationary? We’ll answer all of these questions in this article.

Let’s start with what EIPs actually are.

EIP stands for Ethereum Improvement Proposal and it is a common way of requesting changes to the Ethereum Network inspired by Bitcoin Improvement Proposals (BIPs). An EIP is a design document covering technical specifications of the proposed change and rationale behind it.

The majority of EIPs focus on improving technical details of Ethereum and they are not widely discussed outside of the core Ethereum developers community.

EIP-1559 is one of the exceptions. This is because the proposal has some big implications when it comes to the ETH monetary policy and client applications such as wallets.

EIP 1559 describes changes to the Ethereum fee model and it was put forward by Vitalik Buterin in 2019.

To understand why we need this proposal in the first place, let’s quickly review how the current Ethereum fee model works.

The current fee model is based on a simple auction mechanism also known as a first price auction. The users who want to have their transaction picked up by a miner have to essentially bid for their space in a block.

This is done by submitting a gas price that they are willing to pay for a particular transaction.

The miners are incentivised to pick up transactions by sorting them by the highest gas price and including the most profitable ones first.

This can be quite inefficient and usually results in users overpaying for their transactions.

The model is also quite problematic when it comes to the wallets. Metamask, for example, allows the users to adjust their fee by choosing between slow, average and fast confirmation time or by specifying a gas price manually.

Less sophisticated users who are unlucky enough to submit their transaction with a default fee just before a spike in gas fees may end up waiting for their transaction to be confirmed for a long period of time. This is of course not ideal from the user experience point of view.

This is also where EIP 1559 comes into play. The proposal was made to accommodate these problems and it aims to achieve the following goals.

Now, let’s see what the proposed change is all about.

EIP 1559 introduces a new concept of a base fee (BASEFEE).

The base fee represents the minimum fee that has to be paid by a transaction to be included in a block. The base fee is set per block and it can be adjusted up or down depending on how congested the Ethereum network is.

The next big part of EIP 1559 is an increase in the network capacity, achieved by changing the max gas limit per block from 12.5M to 25M gas, basically doubling the block size.

With the base fee and increased network capacity, EIP 1559 can build the following logic:

This basically means that the network aims at achieving equilibrium at 50% capacity by adjusting fees accordingly to the network utilization.

EIP 1559 also introduces a miner tip – a separate fee that can be paid directly to the miner to incentive them to prioritise a transaction.

This is very similar to the current mechanism where the miners can be incentivised by higher gas fees. This feature is really important for transactions that take advantage of quick confirmation such as arbitrage transactions.

Now, let’s go through a quick example to see how the EIP 1559 fee model compares to the existing model during a period of high network activity.

Imagine the min gas fee to be included in a previous block was 50 gwei. The network activity seems to remain the same so users start submitting their transactions with 50 gwei trying to be included in the next block. At the same time, a new highly anticipated token is launched causing users who want to buy it to dramatically increase their bids. Now, to be included in the next block the min required fee is 100 gwei. If the network activity remains high for multiple subsequent blocks, the users who already submitted their transactions with 50 gwei may wait for their confirmations for a long period of time.

In this case, the block size is capped at 12.5M gas and the only way to get into a block is to bid higher than the other users.

Let’s go through the same scenario, this time with EIP 1559 in place.

In the previous block, the 50 gwei was the base fee and the network utilization was at 50% with most blocks using 12.5M gas – half of the max gas limit.

The spike caused by the release of the new token results in users submitting their transactions with a higher miner tip.

Seeing the high demand for the block space and a lot of transactions with high miner tips, the miners produce a block that is at the max cap limit of 25M gas. This results in more transactions being included in a block, but it also causes the base fee to be increased in the following block as the current block is 100% full (>50% network utilization).

If the network activity and demand for block space remain high, the miners would keep producing full blocks,  increasing the base fee with each subsequent block. At some point, the fee would become high enough to drive off some of the users, causing the network to start coming back to below 50% network utilization and lowering the fees in the subsequent blocks.

This example demonstrates how spikes in network fees can be smoothed out when EIP 1559 is implemented. Another way of thinking about this model is to imagine that it basically swaps high volatility in the fee prices for volatility in the block size.

Because the increments and decrements are constrained, the difference in the base fee from block to block can be easily calculated.

This allows wallets to automatically set the base fee based on the information from the previous blocks.

To avoid a situation where miners can collude and artificially inflate the base fee for their own benefit, the entire base fee is burnt.

There is also one more important new concept, known as a FEECAP. This can be set by users who would like to limit how much they want to pay for a particular transaction, instead of just paying the current base fee. A transaction with a FEECAP that is lower than the current basefee would have to wait until the base fee is lower than the max fee set in FEECAP to be included in a block.

The fee changes are also backward compatible. The legacy Ethereum transaction would still work under the new fee system although they would not benefit directly from the new pricing model.

Changes proposed in EIP 1559 have a lot of implications, some of them quite severe.

Less profit for the miners. The miners in the current fee system receive both the block subsidy reward and the entire gas fee. With the recent high gas prices caused by DeFi,  miners were able to collect more money from the fees than the actual block rewards even though historically block rewards were always much bigger than the extra fees collected from transactions.

After the changes in EIP 1559 are implemented, the miners would only receive the block reward + the miner tip. This is also why most miners are quite reluctant when it comes to implementing the proposal, suggesting to push the change to ETH 2.0.

Another major implication is the change required by the wallets. With EIP 1559 in place, wallets don’t have to estimate the gas fees anymore. They can just set the base fee automatically based on the information available in the previous block. This should simplify wallets’ user interfaces.

The base fee burning also has major implications when it comes to the ETH supply. This is also why EIP 1559 is very often discussed by ETH investors.

Burning the base fee creates an interesting feedback loop between the network usage and the ETH supply. More network activity = more ETH burnt = less ETH available to be sold on the market by miners, making the already existing ETH more valuable.

Burning the base fee basically rewards the users of the network by making their ETH more scarce instead of overpaying miners.

The fee burning mechanism also sparked a few discussions about ETH becoming deflationary. This would be possible if the block reward is lower than the base fee burnt. That would be the case, for example, during the recent DeFi gas fee craze where the network was constantly under heavy utilization.

One potential drawback when it comes to burning the base fee is the fact of losing control over the long term monetary policy of ETH. With this change, ETH would end up being sometimes inflationary and sometimes deflationary. This doesn’t look like a major problem as the max inflation would be capped at around 0.5-2% per year anyway.

Not really, it will clearly optimise the fee model by smoothing fee spikes and limiting the number of overpaid transactions, but the main ways of lowering gas fees are still ETH 2.0 and Layer 2 scaling solutions.

It looks like EIP 1559 would be a great change to the Ethereum fee system. This also seems to be the consensus within the Ethereum community with the majority of people rooting for the change to be implemented.

There are still a few challenges to overcome, especially when it comes to making sure that miners can safely process bigger blocks without making the whole network more prone to Denial of Service attacks.

EIP 1559 belongs to the Core category of EIPs which means that the change affects the Ethereum consensus and requires all the clients to upgrade at the same time (hard fork).

From the timeline perspective, it looks like EIP 1559 could be implemented in the next hard fork after the Berlin hard fork which is somewhere in 2021.

The team leading the charge received funding from the Ethereum Foundation and from the EIP 1559 Gitcoin grant. Most of the coordination work is done by Tim Beiko.

Depending on the timeline, EIP 1559 can be either implemented in both Ethereum 1.0 and 2.0 or potentially only in Ethereum 2.0 if there are some delays in place.

So what do you think about EIP-1559? Will it have any impact on the ETH price? 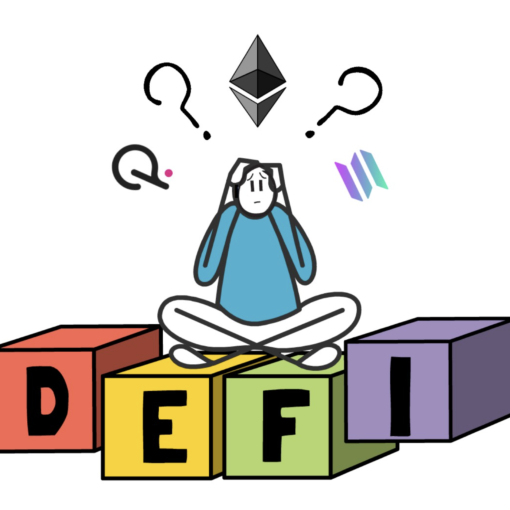 Intro So what is the current state of decentralized finance? Where are we with different scaling solutions on Ethereum? How about DeFi […] 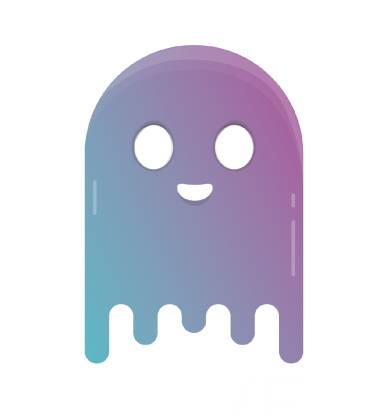 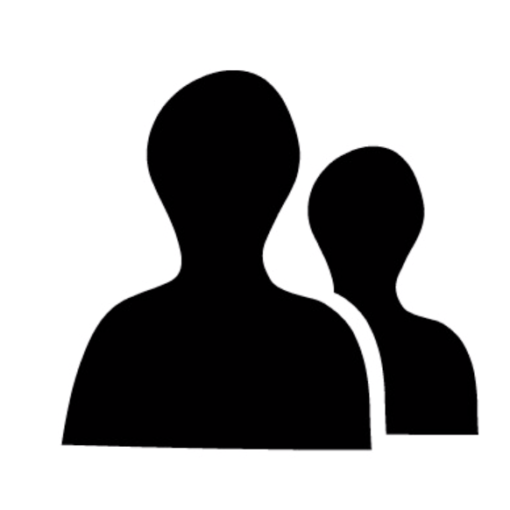 Intro Every opportunity comes with risks, and DeFi is no exception. For every way you can make money in DeFi, it seems […] 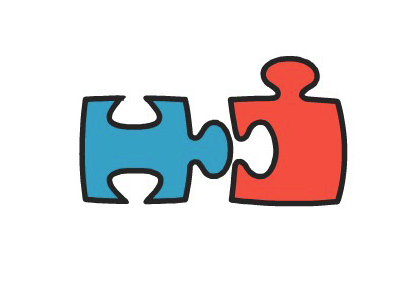 Intro  The Ethereum Merge, despite being one of the most significant blockchain upgrades in the history of cryptocurrency, is still a poorly […]